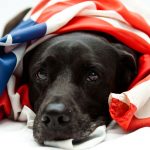 February marks my one-year anniversary as president of NORC and thus the board of directors has suggested I write a review.

We began the year with a presentation by Joe Cohn of FIRE (Federation for Individual Rights in Education) on the assault on free speech on our college campuses.  Joe flew in from Philadelphia thanks to the invitation from Representative, Jim Runestad, former NORC president.

2016 was a crazy election, with recounts and accusations of fraud.  Michigan’s Secretary of State, Ruth Johnson, a good friend of NORC, explained what happened at our March meeting.  April’s meeting, being income tax month, was a good time for the chairman of Michigan’s House Tax committee, Jim Tedder, a good friend of NORC, to come talk about the effort to eliminate the state personal income tax.

The May meeting examined efforts to legalize online gambling, by NORC’s good friend, Senator Dave Robertson, and a presentation by Jamie Lowell of MILegalize, one of the groups behind the referendum to legalize recreational marijuana.  Jamie agreed to come back for a debate which we are planning on the eve of 4/20 for our April meeting.

In June NORC ventured out to NOVI where we were the well greeted by fellow republicans happy to experience one of our meetings in their city.  We welcomed the president of the Michigan Economic Development Corporation, Steve Arwood, as his last public event before leaving that organization.  The Suburban Showplace, which benefited from the work of the MEDC was the meeting venue, thanks to Dave Staudt.

Once again in July the NORC float proudly participated in the Waterford Independence Day parade.

September being the “back to school” month, featured our meeting topic on the governor’s 21st Century Education Commission report presented by its chairman, Dr. Thomas Haas, president of Grand Valley State University.  NORC’s October meeting featured Lana Theis, the chairman of the house insurance committee, explaining her legislation to reform Michigan’s No-Fault Auto Insurance.  This was days before the vote in Lansing, and our meeting featured protesters and was reported by Detroit’s NBC news affiliate.

Lt. Governor, Brian Calley was invited to our November meeting to present on his referendum to convert Michigan’s legislature to part time.  He took the opportunity to announce his campaign for governor days before the NORC meeting.

We kicked off 2018 with Dr. Robert Rudowsi, president of MCRGO (Michigan Coalition of Responsible Gun Owners), to explain the legislation to eliminate gun free zones.  The Michigan Education Association declined our invitation to attend the meeting and present the opposing argument. This meeting also featured the second gubernatorial candidate to introduce himself at NORC, Pat Colebeck.

2018 is an important election year as it has many open seats and significant referendums.  NORC will continue its mission to inform, educate and involve by bring you the top candidates and the people behind the ballot initiatives.  We will also be adding some special member’s only events to greater enhance your membership value.